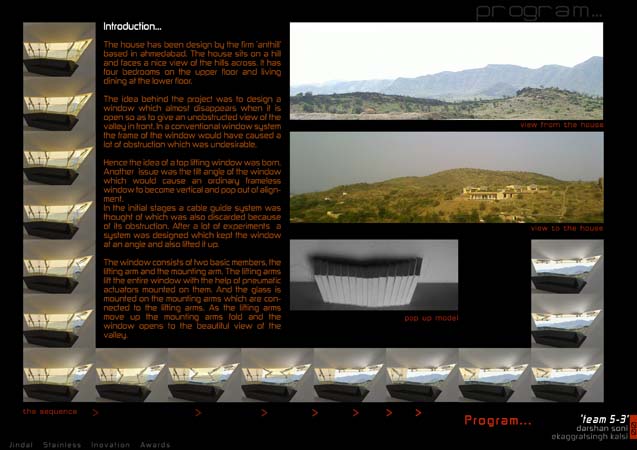 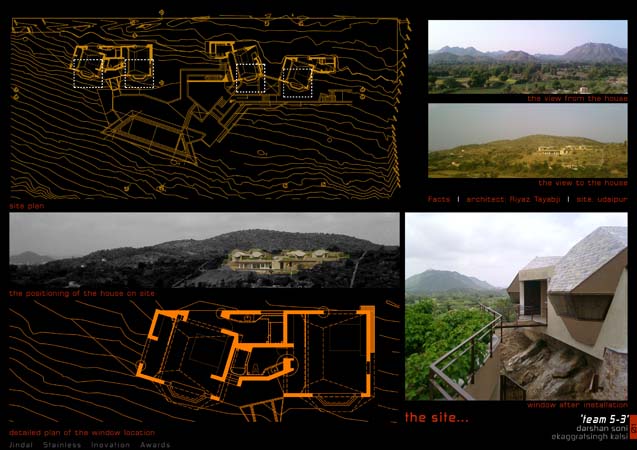 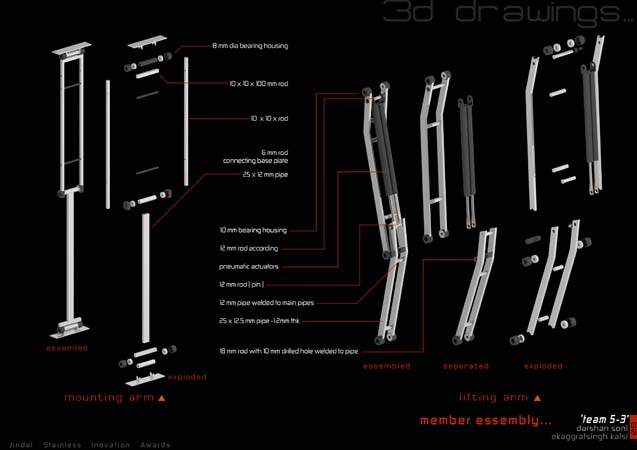 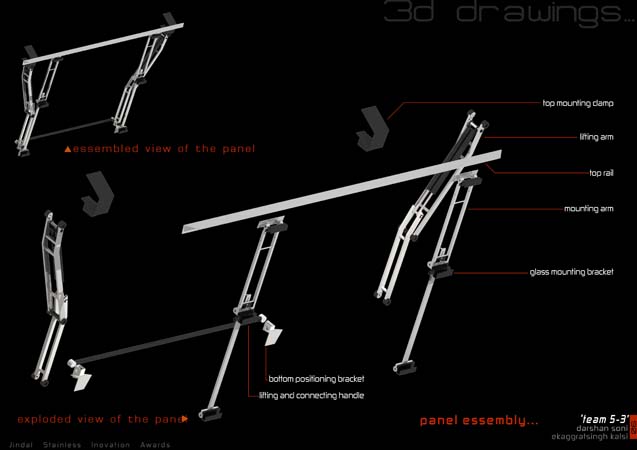 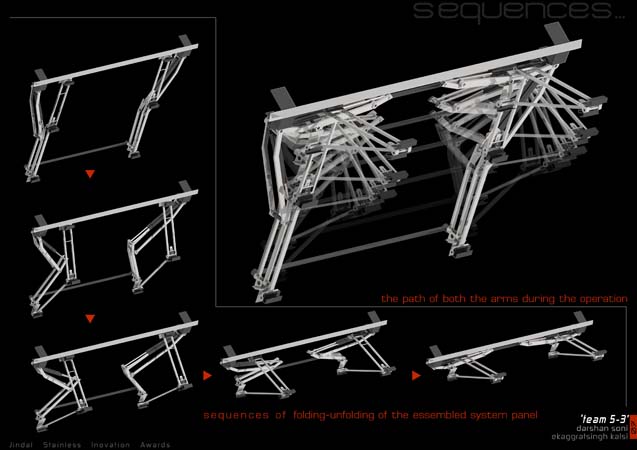 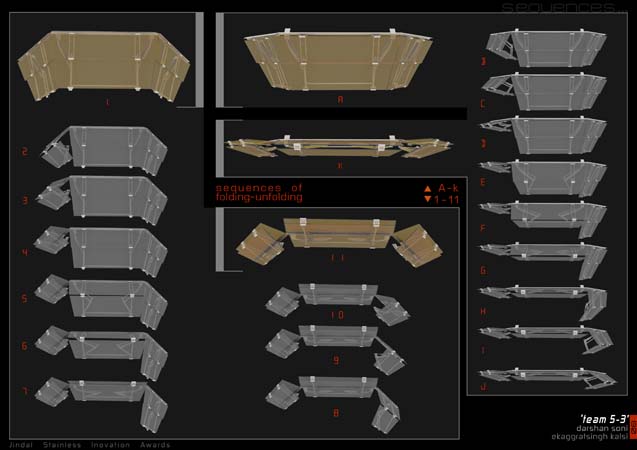 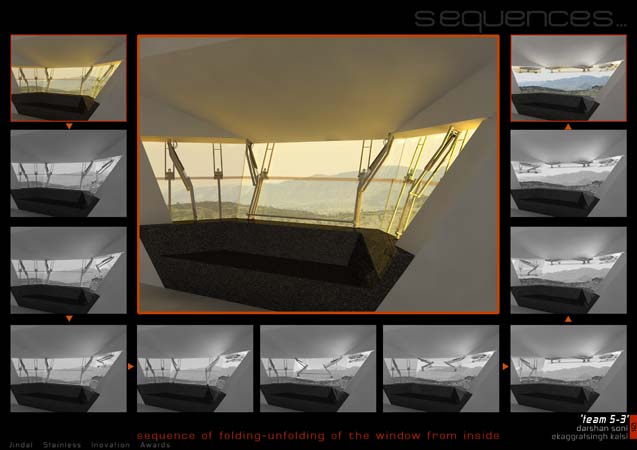 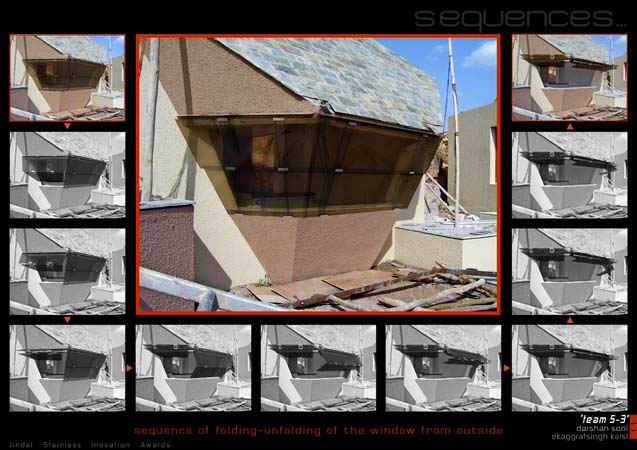 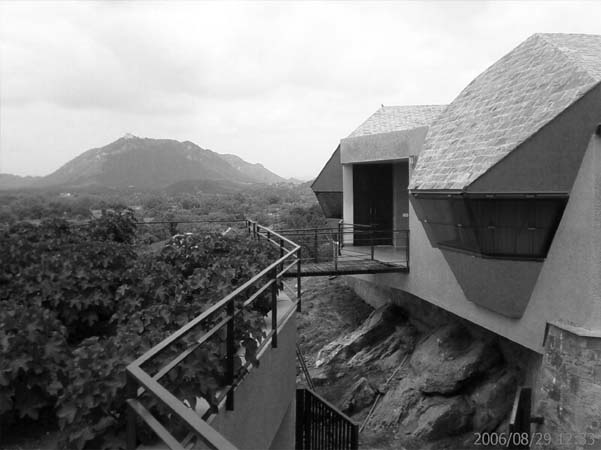 The house has been design by the firm ‘anthill’ based in Ahmadabad. The house sits on a hill and faces a nice view of the hills across. It has four bedrooms on the upper floor and living dining at the lower floor. The idea behind the project was to design a window which almost disappears when it is open so as to give an unobstructed view of the valley in front. In a conventional window system the frame of the window would have caused a lot of obstruction which was undesirable. Hence the idea of a top lifting window was born. Another issue was the tilt angle of the window which would cause an ordinary frame less window to become vertical and pop out of alignment. In the initial stages a cable guide system was thought of which was also discarded because of its obstruction. After a lot of experiments a system was designed which kept the window at an angle and also lifted it up. The window consists of two basic members, the lifting arm and the mounting arm. The lifting arms lift the entire window with the help of pneumatic actuators mounted on them. And the glass is mounted on the mounting arms which are connected to the lifting arms. As the lifting arms move up the mounting arms fold and the window opens to the beautiful view of the valley.